It’s not all about me of course. Behind every great procrastinator there is a great partner, agent, publisher, editor, designer, bookseller (you get the idea) but here is a little about me for those who are interested…

My first children’s picture book, Millicent and Meer, was published in 2011 and was soon followed by This Book Belongs to Aye-Aye. Both made it onto the 2011 Kate Greenaway Medal long-list. In 2012 The Really, Really, Really Big Dinosaur was published and won the Oxfordshire Book Awards. These were followed by The Great Moon Confusion, Penguin’s Can‘t Fly! and Spotty Lottie and Me. My next four books were based on two characters called Ben and Bella. The first, This Book Just Ate My Dog, won the 2016 UKLA Our Class Loves This Book Award, was nominated for the 2016 Kate Greenaway Medal long-list and was the winner of the 2018 Wisconsin Golden Archer Award. Ben and Bella have gone on to appear in We’re in the Wrong Book!, This Book is Out of Control! and This book Just Stole My Cat! My two most recent books are about an impatient elephant and a chalky whodunnit – I want go first! and The Case of the Red-Bottomed Robber!

My books have been translated into 22 languages and sold in over 30 countries.

I have also illustrated for books written by other authors including What Noise Does a Rabbit Make? by Carrie Weston and What George Forgot by Kathy Wolff.

Going way, way back before all this I was born in London, brought up in Brighton and have now settled near Chichester with my partner, our two teenage children and Juno the cavapoo. The intervening years were spent studying graphic design in Sussex before moving to Manchester and rural West Yorkshire before returning to the south coast.

As well as creating my children’s picture books I also keep up with some graphic design and intersperse all that with a bit of guitar, running, gardening, embarrassing my kids and probably far too much time enjoying our local countryside and coast. 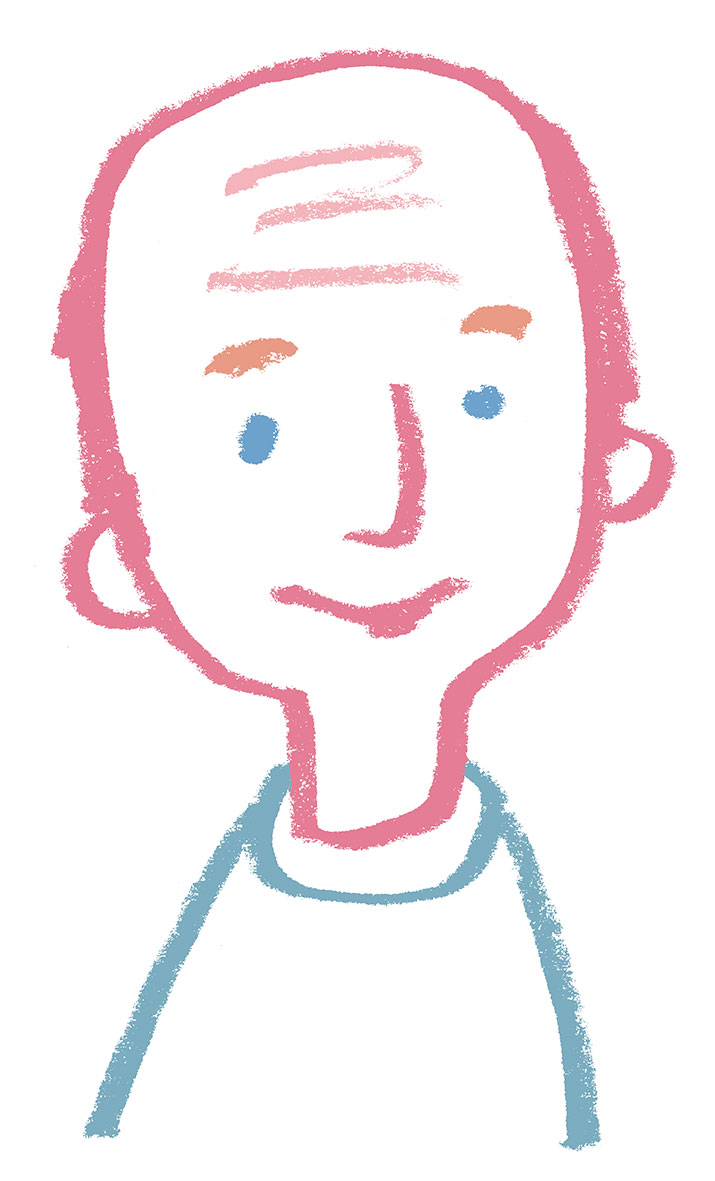